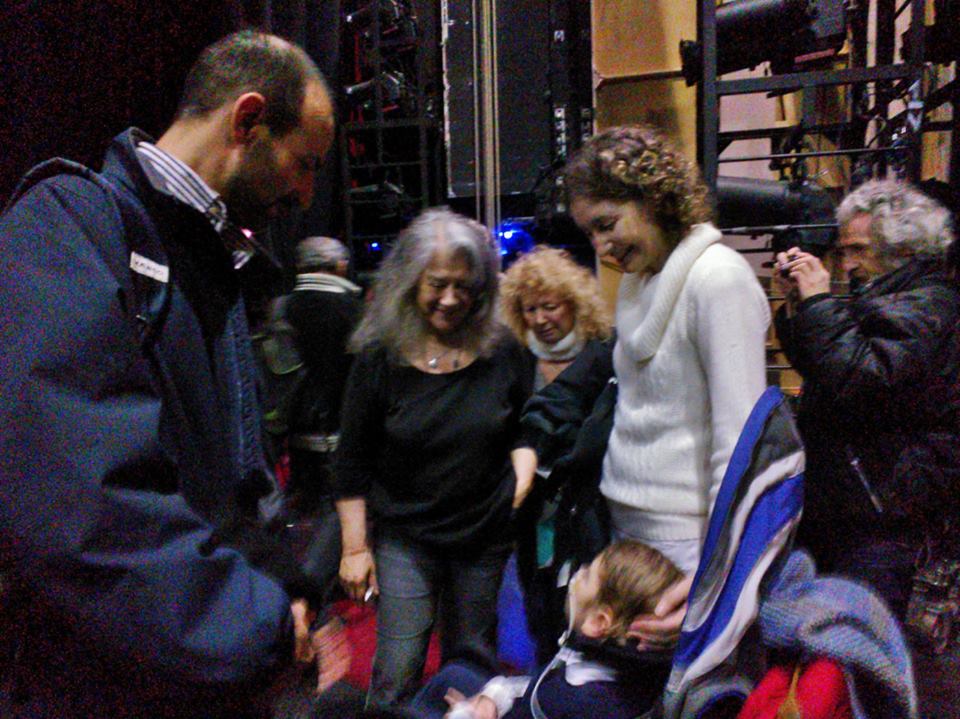 One of the many stories we met in the project “Música para el alma”. Valeria is the mother of Lorenzo, a child with epilepsy. She told us about the therapeutic effects of so-called Mozart effect, which helps reduce attacks in people with the disease. In particular, the K448 sonata Mozart is the most appropriate.

A few months later we learned that Martha Argerich and Daniel Barenboim would play the same sonata at the Teatro Colón. These artists agreed to Lorenzo and his mom witness the rehearsal that afternoon at the theatre. Martha Argerich ‘s manager, Alan, after receiving the mail with our request commented: ” What a coincidence, today was telling Martha about the therapeutic effects of this sonata for two pianos in patients with epilepsy, something she did not know. “

A beautiful connection could achieve. One more and very special.

Days after we received this message from Valeria:

“Thank you very much to Música para el alma” who could get those giants for my Lorenzo could hear the sonata.

The whole experience was beautiful, since we arrived we were greeted well. We were ushered lovingly by the mazes of the theater, they opened us a box for comfort.

As soon as the rehearsal began with the K448 and Lorenzo  recognized it, he began to move his right little leg like crazy, which is what always makes when he is happy and excited.

Needless to say that the interpretation was a luxury. We were all astonished.

Thank you very much to those in the theatre who moved the threads of the organization.

And of course thank you very much to Barenboim and Argerich for their great generosity.”